Indianapolis—The Indiana Repertory Theatre (IRT) closes its season with a family feel-good production that promises to leave audiences with a warm afterglow. On Golden Pond, a beloved Tony Award-winning play, comes to the OneAmerica Mainstage April 14 through May 10.

On Golden Pond tells the story of Norman (Robert Elliott) and Ethel Thayer (Darrie Lawrence) who have spent nearly 40 summers in their Maine cottage, located on the banks of Golden Pond. But just as Norman –who’s experiencing frequent bouts of forgetfulness—starts to lose his zest for life, he receives an unexpected but welcomed visitor who turns his world upsidedown.

This visitor, an inquisitive and misled thirteen year-old boy named Billy Ray, Jr. (Griffin Grider) challenges Norman and not only rejuvenates his love of life, but also helps restore a faded relationship between Norman and his daughter, Chelsea (Constance Macy).

“This timeless American classic brings to the table a lot of laughter and a lot of pathos. On Golden Pond allows us to think about this family while considering our own,” said Executive Artistic Director, Janet Allen, who is also directing the production. “The play reminds us of the various ways a frayed family can be mended through loving and forgiving relationships.”

Connecting three generations, the play charms audiences with explosive moments of human interaction. These moments, and a gorgeous set design by Rob Koharchik, work together to bring Ethel and Norman closer to one another and their family, while another year on Golden Pond awaits.

This cozy, close-to-home production is recommended for audiences 13 years and older. It is two hours and 15 minutes and includes one intermission. This production exclusively features music from Bloomington-based songstress Carrie Newcomer. 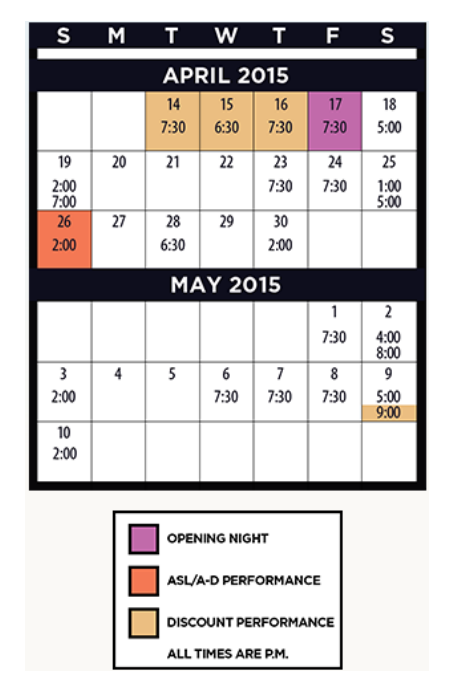 The IRT invites the community to celebrate Mother’s Day at the IRT with a catered brunch and performance of On Golden Pond, on Sunday, May 10. Doors open at 11:30 a.m., brunch is served at 12 p.m. and the performance begins at 2 p.m. Tickets are $55 each. Reservations can be made online or by calling the ticket office at 317-635-5252. Use promo code “MOM.”

“Clean out your pond” with the IRT! For the entire run of On Golden Pond, patrons can drop off gently used outdoor gear to the ticket office. Items will be given to Earth Discovery Center at Eagle Creek Park to be used for Environmental Educational programming with the Girl Scouts and Boy Scouts, and Summer Day Camps. Additionally, the IRT will give $5 back to Eagle Creek Park when patrons use code POND at checkout.

Founded in 1972, the IRT is the largest and fully professional not-for-profit theatre in the state and has grown into one of the leading regional theatres in the country. The mission of IRT is to produce top-quality, professional theatre and related activities, providing experiences that will engage, surprise, challenge and entertain people throughout their lifetimes, helping us build a vital and vibrant community.