James Still is celebrating his 20th season as the IRT’s playwright-in-residence. As we honor this unique partnership between theatre and playwright, we invite the community to join us for a yearlong celebration of his work at the IRT. Learn more about his artistic journey this year by engaging in unique opportunities including events, play readings, and productions written and directed by James Still.

Play reading | The House That Jack Built
March 10 | 2 p.m. | Indiana Repertory Theatre
The first play in the Miranda and Appoggiatura trilogy. RSVP to the Ticket Office at 317.635.5252 or ticketoffice@irtlive.com

Play reading | April 4, 1968: Before We Forgot How to Dream
March 15 | 5:30 p.m. | Indy Reads Books
Inspired by true stories, this play offers an intimate look at one Indianapolis family's collision with history, witnessing Bobby Kennedy's powerful speech on the evening of Martin Luther King Jr.'s assassination. RSVP to the Ticket Office at 317.635.5252 or ticketoffice@irtlive.com

This event in partnership with Indy Reads Books.

Play reading | The Widow Lincoln
November 29 | 6:30 p.m. | Indiana Repertory Theatre
A play that explores the tenacious attitudes and heartbreaking grief of the maligned "Mrs. President" in the 40 days following the assassination.

Play reading | A Long Bridge Over Deep Waters
January 18 | 5:30 p.m. | Central Library
Join us as we continue our season-long celebration of IRT Playwright-in-Residence James Still’s 20th season with a reading of selections from A Long Bridge over Deep Waters. Actors and community members will read curated portions of the play, followed by discussion. Community members who wish to read roles can sign up as they enter the event. To RSVP visit or contact the IRT Ticket Office at 317.635.5252.

This event is in partnership with the Indianapolis Public Library

The IUPUI Arts & Humanities Institute and the IUPUI English Department are delighted to present the Rufus and Louise Reiberg Reading Series featuring playwright James Still, who will read from his collected works at the Lilly Auditorium on February 23, 2018, at 7 p.m. Learn more and RSVP at reiberg-still.eventbrite.com.

This event is in partnership with IUPUI Arts & Humanities Institute

Celebrating storytelling and the creation of new plays

James Still is celebrating his 20th season as the IRT’s playwright-in-residence during the 2017/2018 Season. In honor of this momentous occasion, we invite you to join us for unique opportunities to learn more about his artistic journey. By making a gift to the James Still Society, you are supporting the creation of new work and demonstrating to the Central Indiana community that you believe great art is worth investing in.

In order to qualify for the Society, you must be a new donor to the IRT, or increase your giving by an amount listed below.

James Still is an elected member of the National Theatre Conference and a Fellow in the College of Fellows of the American Theatre and a four-time nominee for the Pulitzer Prize for Drama. He is also a winner of the William Inge Festival's "Otis Guernsey New Voices Playwriting Award," the Todd McNerney National Playwriting Prize at the Piccolo Spoleto Festival, the Orlin Corey Medallion for Sustained Excellence from the Children's Theatre Foundation of America, and the Charlotte B. Chorpenning Playwright Award for Distinguished Body of Work. Three of his plays have received the Distinguished Play Award from the American Alliance for Theatre & Education. His plays have been developed and workshopped at Robert Redford's Sundance Institute Lab, the Eugene O'Neill Theater Center, the New Harmony Project, The Lark, New Visions/New Voices at the Kennedy Center, the Bonderman New Play Symposium, the Perry-Mansfield New Works Festival, the Telluride Playwright's Festival, and the Colorado New Play Summit.

His other plays include A Long Bridge Over Deep Waters for Cornerstone's Faith-Based Theatre Cycle in Los Angeles (which premiered at the John Anson Ford Amphitheatre), And Then They Came for Me, translated into several languages and produced around the world—including a command performance at the House of Commons in London, in an event hosted by Vanessa Redgrave—a production by the U.S. Army at a base in Stuttgart, Germany—and a production at the International School in Macau, China. Iron Kisses which premiered at Geva Theatre Center in Rochester, New York and has been produced across the country from Portland Stage in Maine to Company of Fools in Idaho. Searching For Eden which premiered at the American Heartland Theatre in Kansas City and recently ran at The Asolo Repertory Theatre in Florida and at the Edinburgh Festival Theatre in Scotland.

Since its world premiere at the Indiana Repertory Theatre, Looking Over The President's Shoulder has had many productions including Ford's Theatre, Pasadena Playhouse, Vermont Stage Company, Arkansas Repertory Theatre in Little Rock and the Barter Theatre in Virginia. Still also wrote a commissioned short play called Octophobia for the Humana Festival of New American Plays at Actors Theatre of Louisville which the editors of the Smith and Kraus anthologies have published in their "Best Women's Stage Monologues."

Other plays include Amber Waves (the John F. Kennedy Center for the Performing Arts in Washington, D.C.) which was recently produced in Tokyo and in Flint, Michigan, He Held Me Grand (People's Light and Theatre Company and the IRT), and A Village Fable (based on a novella by John Gardner) which was commissioned by the Mark Taper Forum, premiered at the Honolulu Theatre for Youth, produced at the Children's Theatre Company in Minneapolis, and in Switzerland at the Zurich Young People's Theatre. Hush: An Interview with America was co-commissioned and premiered by Childsplay in Tempe, AZ, and Metro Theater Company in St. Louis and continues to be produced many times a season.

Still's solo performance piece The Velocity of Gary (Not His Real Name) premiered in New York at the Ensemble Studio Theater, and he performed it across the country. It was later produced off-Broadway at the New Conservatory Theatre Center in San Francisco, at the Studio Theatre in Washington, DC, and more recently at Tricklock Productions in Albuquerque, New Mexico. His stage play was later turned into the feature film The Velocity of Gary, for which Still also wrote the screenplay.

Still is also a working director in the theatre and most recently directed productions of Red, The Mystery of Irma Vep, Other Desert Cities, God of Carnage, I Love to Eat, Doubt, Mary's Wedding, Becky's New Car, Rabbit Hole, The Immigrant, Dinner With Friends, and many others at theaters across the country as well as at the Tennessee Williams Festival in New Orleans. Still’s work in television and film and has been nominated for five Emmy's, a Television Critics Association Award, and was twice a finalist for the Humanitas Prize. He was a producer/head writer for the series Paz airing daily on both TLC and Discovery Kids.

For Nickelodeon he was the writer and story editor for Maurice Sendak's long-running Little Bear, and the Bill Cosby series Little Bill. He created a new series for Amsterdam-based Telescreen adapted from the Frogbooks by Max Velthuijs, and he also was one of the screenwriters for The Little Bear Movie. Still wrote the first Dutch-produced feature film for children The Miffy Movie based on Dick Bruna's Miffy books.

As part of this unique celebration, the IRT is proud to present two works by James in the 2017-2018 season: Appoggiatura and Looking Over the President's Shoulder. Additionally, James will direct The Originalist. Learn more about these productions by clicking here or on each image below. 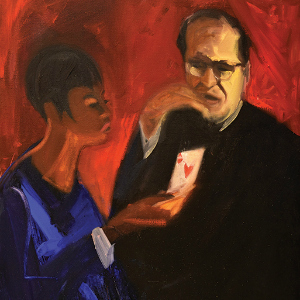 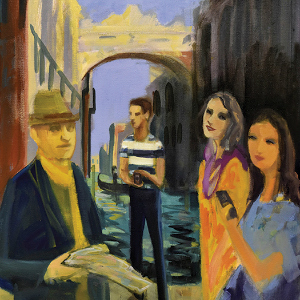 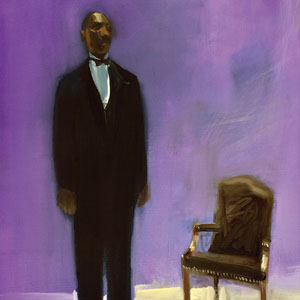