All IRT patrons attending public performances must show a photo ID and proof of COVID-19 vaccination or a negative COVID-19 PCR test (administered no more than 72 hours prior to the performance), in addition to wearing a mask. Please see our full Health & Safety information and policies on our FAQs page.

The Paper Dreams of Harry Chin

a surreal journey through past & present

Despite the US ban against Chinese immigrants, Harry Chin forged a new identity to earn precious American dollars to send home to his starving village. Now he is trapped between two families and two worlds. Seasoned with magic and mystery, this hauntingly theatrical tale from our overlooked history considers the personal and political repercussions of making a group of people illegal.

APPROXIMATE RUN TIME: 2 hours and 15 minutes, including a 15-minute intermission

The Paper Dreams of Harry Chin is a family drama that contains profanity and references to suicide. Recommended for patrons 9th grade and above. Due to content and length, children under 4 years of age are not permitted in the OneAmerica Mainstage and Upperstage Theatres. Learn more about our attendance policies here.

Artistic Note:
“The Paper Dreams of Harry Chin is a beautiful play skillfully woven from the story of a man who immigrated to the United States in the 1930's despite the Chinese Exclusion Act. Watching the play is like putting together an elaborate puzzle as Chin's journey unfolds through striking flashbacks and memories. Playwright Jessica Huang has vividly illuminated with great care a period of our American history often intentionally under examined. It is a timely piece that asks us to think deeply about our current immigration policies and how our ancestors gained access to the land we live on.” –Benjamin Hanna, Associate Artistic Director

The Paper Dreams of Harry Chin is part of our new INclusion Series celebrating diverse storytelling. This series features work by female playwrights on the Native American, African American, and Chinese American experience. The full series consists of And So We Walked: An Artist’s Journey Along the Trail of Tears, The Watsons Go to Birmingham—1963 and The Paper Dreams of Harry Chin.

OPENING NIGHT
Friday, March 27, 2020 | Performance at 7:30 PM
Raise a glass and cheers to the cast and crew at IRT’s Opening Night! After the show, delight in a champagne toast, hors d’oeuvres, and a one-time-only chance to explore the set with IRT Artisans.

POST-SHOW DISCUSSION with Playwright Jessica Huang and Sheila Morris
Saturday, March 28, 2020 | Following the 5 PM performance
Please join us for a post-show discussion immediately following this performance. Playwright Jessica Huang joins Sheila Morris, whose Chinese immigrant father the story is based on, to discuss the creation of the play, their connection as Chinese-American women, and the many human issues that surround the play, including race, identity, love, and loss.

COOKIES & COFFEE
Thursday, April 2, 2020 | Performance at 2 PM
Before the 2 PM performance, sweeten your afternoon at the IRT with complimentary cookies, tea and coffee provided by Bee Coffee Roasters served in the lobby.

IRTEA TALK
Sunday, April 5, 2020 | Performance at 2 PM
Stay after the performance to take part in a post-show discussion led by actors, staff and special guests. Learn behind-the-scenes details and additional information about the show and its themes while enjoying tea and cookies courtesy of the IRT.

ASL/AD PERFORMANCE
Sunday, April 5, 2020 | Performance at 2 PM
The IRT offers ASL/AD services to our patrons with vision and hearing needs. Patrons with hearing needs are encouraged to sit in the interpretation zone and meet with the interpreter before the show. We also offer Assisted Listening Devices free of charge at each performance.

COOKIES & COFFEE
Thursday, April 9, 2020 | Performance at 2 PM
Before the 2 PM performance, sweeten your afternoon at the IRT with complimentary cookies, coffee and tea served in the lobby.

HAPPY HOUR
Tuesday, April 14, 2020 | Happy Hour starts at 5:30 PM | Performance at 6:30 PM
Start your evening at the Theatre with IRT’s Happy Hour! Beginning at
5:30 PM, sample appetizers and drinks from local distilleries, breweries and more before the performance. Sip, savor, and save with half-price drinks at the bar available throughout the evening.

POST-SHOW DISCUSSION
Thursday, April 16, 2020 | Following the 7:30 PM performance
Join IRT staff and cast immediately after the performance for a post-show discussion that covers a variety of interesting topics related to the show. Post-show discussions typically last for 20 minutes.

POST-SHOW DISCUSSION
Saturday, April 18, 2020 | Following the 8 PM performance
Join IRT staff and cast immediately after the performance for a post-show discussion that covers a variety of interesting topics related to the show. Post-show discussions typically last for 20 minutes. 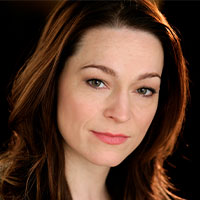 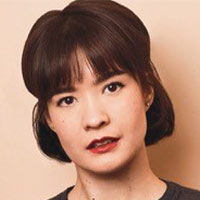 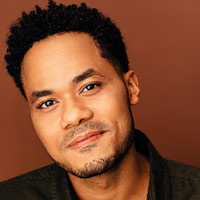 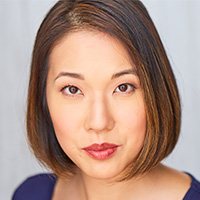 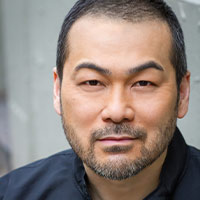 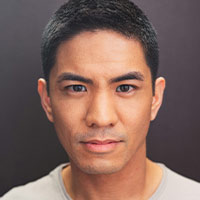